Having moved to London a few years back, I initially did not believe that there were foxes living here, as it took me a good year to finally spot one. One night, cycling back home, a shadow crossed my path, quickly acknowledged my presence and returned back to his secretive world. Jean-Christophe Bailly’s essay, The Animal Side, describes these chance encounters with wild animals as instances where we touch some part of their world. However centuries of human development and civilization now seems irreversible and have drastically minimized these shared spaces. Back home in South Africa, I have this latent fear of protected nature reserves becoming the last “vestiges of a world about to dissappear” as global policies of infinite growth with finite resources hurtle forward. So in a localized context, the Fox Diner aims to reclaim a communal space for humans and animals to overlap, where instead of discarding food on the ground (as one often sees on the streets of London), passersby can read a menu of food that foxes enjoy eating and share it with them, and in so doing, learn something about another species, and help to sustain it. That is in essence is what sustainability entails: the sustenance of life. This project is thus aimed at Londoners who can be sadly wasteful of their food at times. What better way to share one’s meal with another in need? 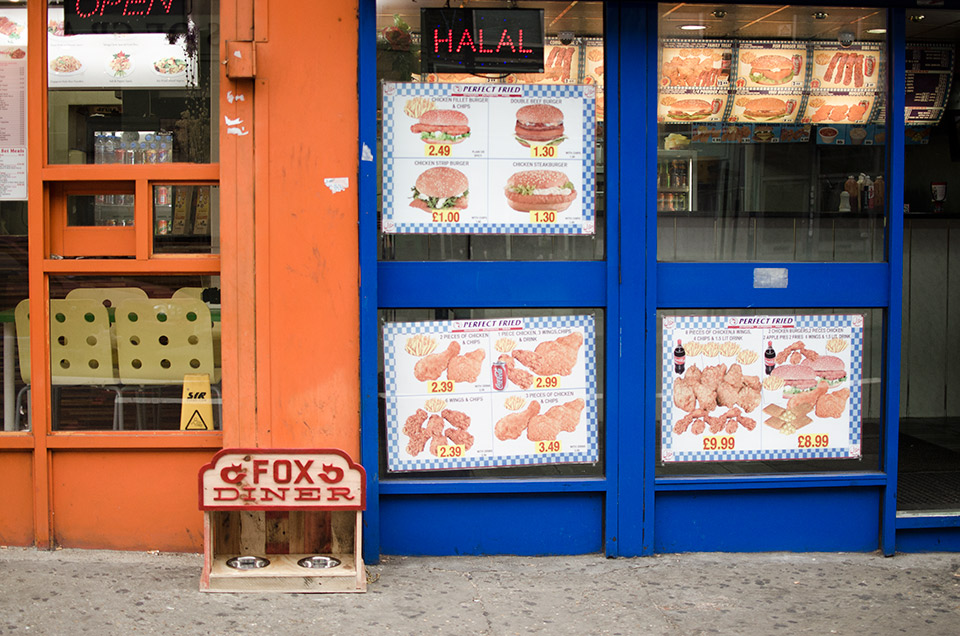